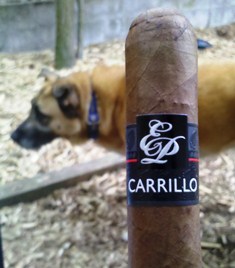 When your favorite cigar rep puts his hand over his heart and swears this particular box of cigars is perfect for you, what can you do but thank him and whip out the plastic? I first met Terry Coleman at Rain City Cigar, my beloved neighborhood brick and mortar cigar emporium where he was peddling La Flor Dominicana sticks on an LFD event day. I’d vaguely heard of the brand but he promptly had me convinced to buy 20 various LFD cigars, something this Scotsman rarely does. I normally buy a couple stogies to try before wading in deeper with my hard earned dollars but Terry’s earnestness and expertise won me over and as I smoked my LFD homework, I became a staunch promoter of LFD and a Terry fanboy.

Last Fall I ran into Terry at Rain again and I expressed my profound gratitute for his LFD coaching. We geeked out on cigars awhile and then he slipped a new cigar brand in my shirt pocket, an EP Carrillo, a new line for him as a rep. He stated that he was extremely impressed with it and needless to say, I couldn’t wait to fire it up when I got home.

Immediately upon taking my first puff, my taste buds were assaulted with an overwhelming spiciness, as if red pepper had been spinkled on the tobacco leaves — arrgh! But just as I considered bailing out after the first 3rd spicefest, the flavor shifted rather dramatically to super smooth and creamy — wow! — what a great cigar! I momentarily toyed with the thought of buying more and cutting off the 1st third with a steak knife but then I came to my senses as the Scotch and nicotine buzz abated — I have plenty of sticks that are scrumptious from end to end. Despite Terry’s recommendation, I wrote the brand off as not floating my boat. I’ve read that the new guard, 2nd or 3rd generation blenders are producing edgier smokes to distinguish themselves from their old school fathers and I just figured this cigar fell into that category.

But then Doug, a fellow Brother of the Leaf, reported very favorably a couple of months later upon smoking this stogie and I had no choice except to burn another given the fact that I trust his talented taste buds implicity. This time, I found the upfront spiciness mellowed out and quite pleasant followed by that amazing toasty, creamy flavor. So I chalked it up to that freebie Terry gave me as being a bit raw and needing some aging.

Well, it turns out that tonight is an EP Carrillo event night at Smokey Joe’s and Terry is on deck. I relate my EP Carrillo adventures to him and with no coaching from me, he suggests that the freebie was probably too young — problem solved as my obsessive need for closure is satisifed and Terry’s reputation is restored to a pristine status. (Duncan’s Rule 34: Always revisit a new brand after a cigar has hung out in the home humidor a few months before making a definitive ruling on it.)

So the sweet spot tonight, bargain-wise, is buying a box of EP Carrillo cigars which comes with 7 freebies but I express my reticence to Terry about  making such an investment with my limited knowledge of the brand. After a moment of contemplation, he hands me a box of EP Carrillo Elencos Elites, their newest blend and different from what I described above. So, as I said above, I smile, shake Terry’s hand and whip out the debit card. He wants me to fire one up on the spot to make sure I agree but my dogs are waiting for me at home so I promise him a full report upon our next encounter. It’s a lovely Puget Sound evening so I hang with pups in the yard and with a wee bit of single malt Scotch in the other hand, it’s time to get to work: 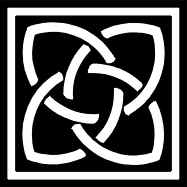